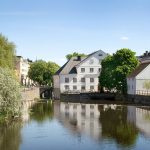 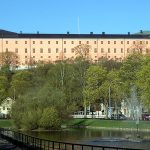 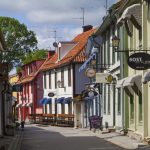 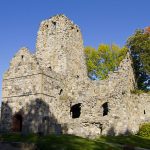 We offer You to go sightseeing ansient towns and former capitals of Sweden. Sigtuna is considered to be the first capital city of Sweden. It was founded around 980 AD at the deep bay of Lake Melaren with the rugged coastline, the town was accessible for ships which considerably contributed to the development of commerce. Since 1000 AD it has been the archbishop’s residence. In 1187 the ships of Karelians, who had been the vassals of Novgorod Republic in those times, attacked Old Sigtuna and razed it to the ground. As a result of Sigtuna destruction, a new town of Stockholm appeared in the neighborhood. The town had the Dominican monastery, the ruins of which can still be viewed there. The 13th century monastery cathedral has also survived to our times. Uppsala is a city in the central part of Sweden located 66 km to the north-west of Stockholm. The city is a well-known European university centre opened for the youth of any nationality and religion. The history of the city is connected with the lives and scientific activities of renowned scholars such as a famous naturalist Carl Linnaeus, an astronomer Anders Celcius, and a chemist Jöns Jacob Berzelius. Moreover, a physician, mathematician, and a rector of Uppsala University Olaus Rudbeck, a chemist Carl Wilhelm Scheele, and a playwright and producer Ingmar Bergman lived and worked there. Talking of history of Uppsala, one should distinguish Gamla Uppsala (Old Uppsala) and the modern city. Old Uppsala, the ancient centre of Swedish Vikings’ kingdom dating back to the 6th – 9th centuries, is located 5 km north of the modern city. Nowadays only royal burial mounds remained on the place of the formerly rich town. The famous Uppsala Cathedral is the national sacred shrine and the oldest church in Sweden. It is recognized to be the highest church in Scandinavia (118,7 meters high, with the height equal to the length). This impressive building was laid in 1260 when the population of the town made up only 800 inhabitants. The erection of the cathedral continued throughout 175 years. The church was restored for several times after several conflagrations. The latest restoration took place in 1976.